Diabetes, like cancer, is one of the leading causes of deaths all over the world. According to the World Health Organization, the number of people with diabetes has increased from 108 million in 1988 to 422 million in 2014. The prevalence of diabetes has rapidly increased in middle-low income families. Moreover, the biggest irony is the fact that there are about 800 million chronically hungry people all over the world, yet about 70% of the world’s adult population is either obese or overweight. (Source: http://www.who.int/mediacentre/factsheets/fs312/en/)

Health Problem in the Modern World 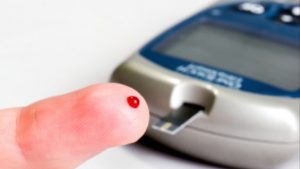 It is only in the late 20th century that the concerns in dietary issues in developing countries have shifted from undernutrition particularly anemia and stunting to obesity. This dramatic change in a matter of decades does not only affect affluent societies, but low-and-middle income countries as well.

Based on reports, adiposity cases or those who are severely or morbidly overweight, are increasing everywhere. What’s interesting, however, is that the epidemiology differs based on when the obesity epidemic started.

For example, in North America and Europe, the highest cases of obesity are prevalent among people who belong to the lower-income groups. Usually, these people live in urban areas where fast food outlets are common.

On the other hand, the Asia-Pacific region first saw obesity cases among wealthy urban people. Eventually, the spread reached the urban slums and impoverished rural areas. The same pattern is being observed among rapidly developing countries. What’s alarming is that undernutrition and obesity can occur at the same time in the same state, same neighborhood, and even in the same household.

How does this affect you personally?

The increase of overweight cases in a populace is lifestyle related. It is a chronic disease that contributes to cardiovascular problems and certain types of cancer. On top of this, diabetes comes with complications such as need for dialysis, amputations, and even blindness.

It affects you personally because for the first time in history, economic growth which is supposed to be linked to better health outcomes, has in fact created a market of unhealthy foods and sedentary lifestyle.

It is the biggest health epidemic of the 21st century and, despite multiple efforts, no country has ever successfully managed this problem. In fact, figures from World Health Organization show an increase in the global prevalence of diabetes in the adult population.

This means you and your loved ones are as vulnerable as anyone to this disease. There are ways to manage diabetes and the best way to control it is to start with yourself.

Know that diabetes, especially if detected earlier, can be successfully managed. But before you do this, you need to know the disease first.

A person has diabetes when the pancreas fails to produce or effectively use insulin, a hormone that our body uses to regulate sugar. If diabetes remains uncontrolled, a condition known as hyperglycaemia occurs. If untreated, this condition can lead to serious damage in the system as well as the blood vessels and nerves.

To avoid diabetes, you will need to have a healthy body weight and be able to maintain it. This is done through continuous physical activities, cutting tobacco use, and eating healthy. As mentioned in the statistics earlier, the proliferation of fast food joints among communities has aligned with the increase of obesity cases in the same community.

This means avoid eating fast food like a plague. Instead, put effort into the food that you eat. Choose fruits and vegetables instead of burger and fries. At the same time, find physical activities that you enjoy. You will notice how eating healthy and maintaining an active lifestyle can affect your mood, self-esteem, productivity, and overall outlook in life.

Diabetes has become an epidemic due to lack of foresight. Many people live in autopilot while embracing all the convenience that modern life has to offer. You only live once. Own your power to be healthy and do not be a part of the diabetes epidemic.